From emergency communications to economic development, some things just make sense for collaboration at the regional level, and the Capital Area Council of Governments (CAPCOG) helps make that happen every day.

Formed in 1970, CAPCOG for more than 50 years has served as an advocate, planner and coordinator on important regional issues in the 10-county encompassing Austin-Round Rock-Georgetown Metropolitan Statistical Area.

CAPCOG and its members’ mission is to continue to strengthen the Capital of Texas ten-county region by supporting urban and rural local governments through coordination, collaboration, and sharing of ideas and resources. 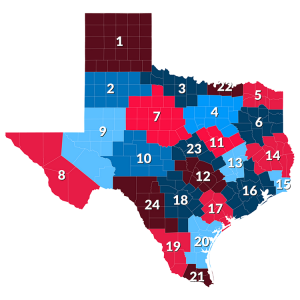 Read the CAPCOG bylaws.
See the cities and counties in the region.

CAPCOG is not alone in focusing on regionalism. The state of Texas consist of 24 regions, each served by a similar voluntary organization of local governments that coordinate programs and services to address needs that cross their jurisdictional boundaries.

Explore the other regional councils and districts.

Learn more about the Executive Committee.

CAPCOG’s General Assembly is composed of the official representatives of all member organizations, including cities and counties as well as school districts, chambers of commerce, nonprofits and any other organization that has an interest in COG programs and regionalism in general. The population of the cities and counties determine how many General Assembly representatives and at-large seats they may fill.

Learn about the General Assembly.

Committees whose members are appointed by the Executive Committee include the following:

CAPCOG also has committees primarily comprising elected officials from the region. The membership of these committees is established by bylaws and is not appointed by CAPCOG’s Executive Committee: